The student's project Fiedellieder plus came to a preliminary end in December 2012 with a first online version which contains a complete digital edition of six songs, accompanied by violin and pianoforte, composed by Carl Louis Bargheer. 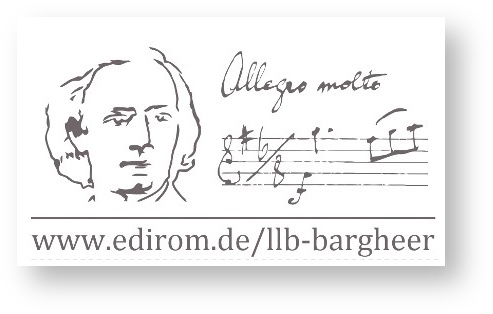 The website currently contains basic information as well as a digital critical report about the edition, which is continuously augemented by documents about Bargheer and his environment such as letters etc. The digital edition of the Songs will also be enriched and developed by using technical and digital methods. The website was created with the encoding recommendations of the XML-standards TEI and MEI and was technically supported by the DFG-project Edirom and the TextGrid-project. The complex genesis as well as the existence of several sources are special features of the Fiedellieder edition.

The idea of editing Bargheer's Fiedellieder firstly evolved as musicologists discovered the sources of the songs at the Lippische Landesbibliothek Detmold. To allow the students a better understanding of new methods of editing, a practical lecture had been planned in which the students should become more familiar with these new methods. After treating, separating and selecting the materials of the diverse sources, six songs have been identified, partly existing within six different stages of the sources. The student's project consisted of seven musicologists (five students and two professors). After reviewing the sources, they had been adapted in the music notation-software 'Sibelius' and 'Finale' and afterwards converted to MusicXML and finally to MEI. These encodings of course did only represent one (or one state) of the underlying sources and the proof reading with MEISE revealed some considerable mistakes. The various readings were then encoded by hand and proof read again with MEISE. In an intensive one day working process, the MEI files were improved and enhanced, proof read and corrected for having a final version of convenient MEI-code for further developments. Because of the cooperation with the Edirom project and the use of the Edirom tools, the Fiedellieder finally could appear in a first online version. Beside the music, including the six different sources, letters and documents of Bargheers environment are represented. The following images illustrate an example of an MEI encoded song, including the sources and the appropriate image. The complete MEI encodings of the students are still not visible on the Bargheer website. It is planned to integrate them with a special rendering later. An example MEI-file could be downloaded here: Bargheer_Lied1.xml. 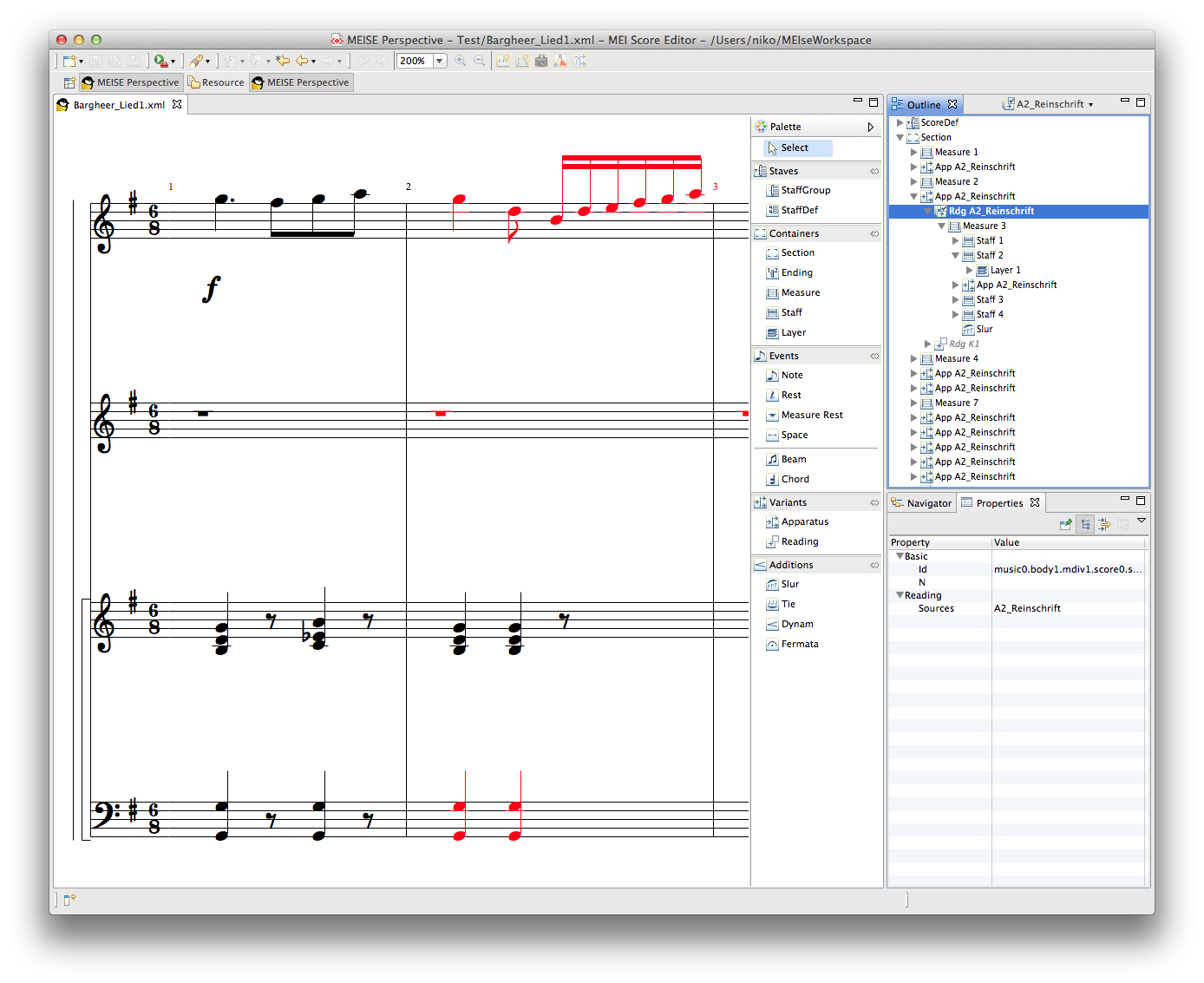 The edition as well as the website in total will be improved and enhanced continuously.