Working with available MEI data needs a basic understanding of XML as well as a familiar handling of the MEI-schema. Please use the comprehensive tutorial MEI1st on the MEI website, which contains step-by-step instructions, exercises and tests for controlling skills. The MEI format is developed continuously since 1997. Since then, several versions of the schema have been generated, all of them with more or less changes of the model. Such improvements of the format always effect the schema, so an encoding of 2012 will not be valid according to the schema of 2013 for example. Such improvements concern the structure, handling of elements and attributes within MEI as well as the allowed values and nestings. Because of these changes, the MEI community provides stylesheets, which may be used to transform MEI encodings to the current schema version. The process for this workflow is the same as described in Workflow 1. The appropriate stylesheets can be found here. Currently MEISE supports only the schema version of 2013 of MEI, so it will be necessary to transform MEI-files of an older version for displaying them in the editor. There is an overview of the supported elements and attributes in Elements and Attributes supported by MEISE in the projects source forge wiki.

MEI-files sometimes need improvement – this is true especially for huge and complex files as well as for encodings including several sources. For this purpose, MEISE is a very helpful proof reading tool. The first possibility is to open an MEI-file in an XML-Editor and simultaneously within MEISE and to correct appearing faults directly within the code. The file has to be saved and opened again in MEISE. Another way of handling is to correct mistakes immediately within MEISE by using the appropriate features. That is possible by using the Palette for adding elements and the Properties View for changing and selecting values of the attributes within these elements. The changes will be saved also in the MEI-code. The benefit of working within MEISE is to have a display of the XML-tree in the Outline View, which allows a simple navigation within the file. By clicking on an element within the MEI-tree, the appropriate event will be marked in blue in the musical score. 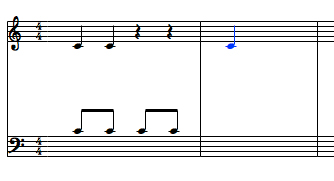 MEISE also allows the display of more than one MEI-file by arranging the editor tabs within the application window. This may facilitate the comparison of musical scores or the use of different features and the appropriate consequences. 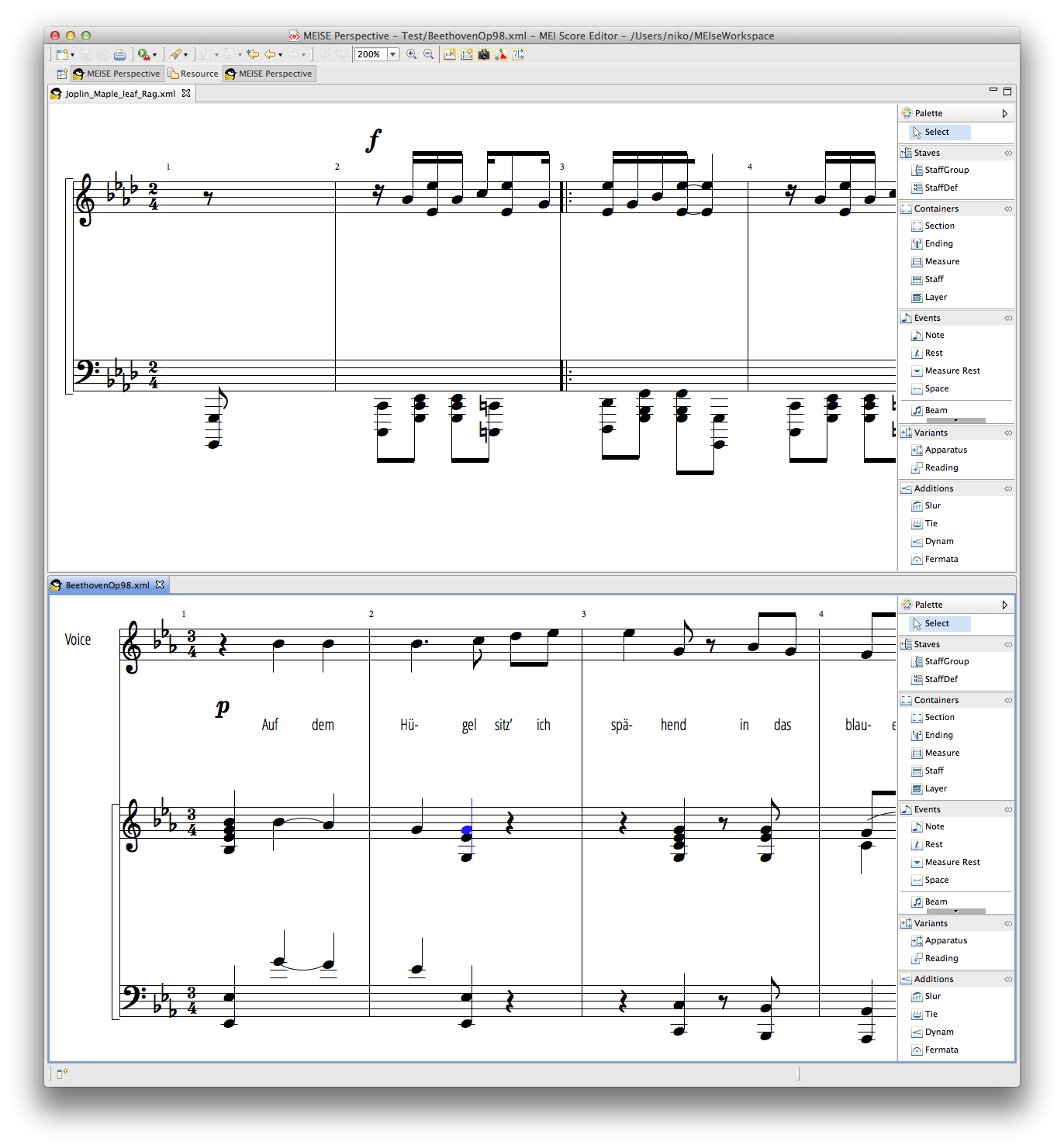 The following image shows an MEI tree in an XML-Editor (Oxygen) and the MEI tree in MEISE's Outline View. It may illustrate the dependence of MEISE and their strong relation to the structures of MEI. 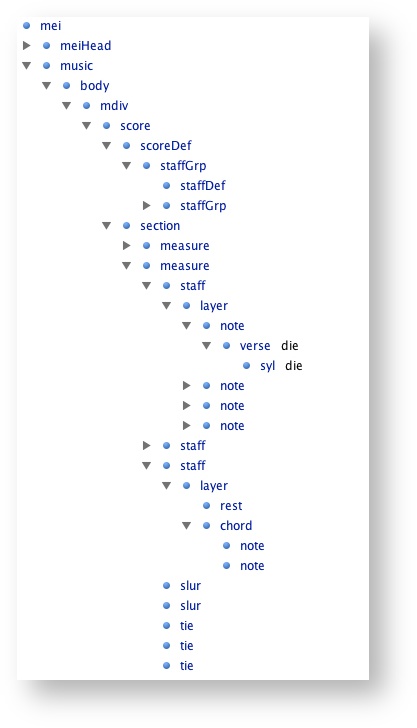 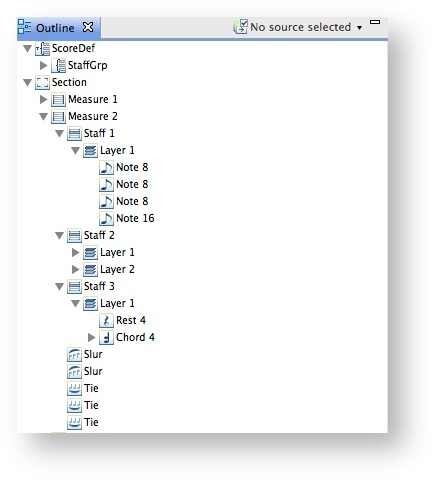 The meiHead Element may be used for bibliographic metadata. There is the great opportunity to encode detailed description of comprehensive information about a musical work. MEISE doesn't support this part of MEI, respectively ignores any content encoded in the meiHead. However, there are other tools (e.g. MerMEId) supporting this broad and important part of MEI.